“Ouch!” a harsh scream broke through the frozen air. I opened my eyes, touching my face involuntarily and then raising my head bit by bit.

He seized that tall girl’s right hand. She cried out painfully. The other two girls stood beside Lee and seemed very disturbed. Lee was very strong. His keen eyes now revealed the strong passion for defending justice. He asked those arrogant girls to go away, using his consistent cool tone. Somehow his coolness became very powerful. At one time, I even thought that he’s an ancient warrior whose duty was to confront the devil with his whole soul. He was my savior.

After the three girls left, I thanked Lee from the bottom of my heart. “Learning how to bend. And remember, sometimes don’t express your true feelings too directly. That would cause some unavoidable trouble,” he said. I thought I had taken off his mask. I discovered the real Lee: a wise boy with a warm heart.

Thereafter we became good friends. Everything became so natural. We usually gave helpful advice to each other. I woke him up when he dozed off in class again; he told me how to see the world in a different point of view. I reminded him to hand in schoolwork on time; he helped me carry those heavy books. I gradually understand that though he’s impetuous at times, he always fought for “justice.” In his deep heart, there’s always a place for rightfulness.

Lee was very conscientious about things that he’s interested in. He didn’t like studying the dull textbooks. He dreamed of being a cook in the future. After graduating from junior high school, he entered a professional school to realize his dream. As for me, based on everyone’s expectation, I entered an ordinary senior high school and now, keep sailing to my destination, too.

We often overlook the texture of things and only look at the very superficial surface. Bear in mind: sometimes the truth is just hidden beneath our eyes. 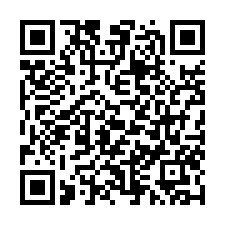